I consider him, inch for inch and pound for pound, the gamest fish that swims.

—James A. Henshall, Book of the Black Bass 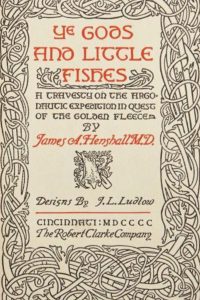 American Fish Culturists’ Association (AFCA) President George Shepard Page called the 12th Annual Meeting to order. In its first decade, AFCA (precursor to the American Fisheries Society) had grown from fewer than 10 members to more than 160. Page was a wealthy New York businessman, having made his fortune in coal tar products that allowed him to be a strong devotee of the gun and rod sports. His political savvy helped the AFCA grow in influence, and his New York office even served as the headquarters of AFCA for several years. He and then U.S. Congressman Robert B. Roosevelt were instrumental in persuading Congress to form the U.S. Fish Commission in 1871, and now Page was leading AFCA. He opened the meeting with comments regarding the Fisheries Exhibition in London from which he had recently returned, telling the group that the U.S. exhibit prepared by the Smithsonian was generally acknowledged to be the most creditable and educational of all the national exhibits. After extolling the rapid increase in fish culture across the United States and crediting the growth to AFCA and the formation of fish commissions in virtually every state, he turned to a topic that had become controversial among AFCA members and state fish commissions: the stocking of black bass Micropterus spp….Read more in the October 2020 issue of Fisheries.
Recent Posts
Copyright All Rights Reserved © 2019 American Fisheries Society